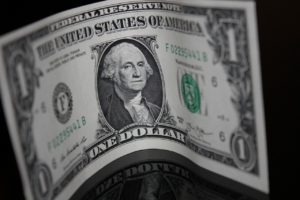 I love having my weekends back. It’s been so long, more than a year and a half since I started to work a full-time and a part-time job at the same time. On top of being in charge, sort of, and trying to retain my sanity. There were times, days, weeks, months when I thought I wasn’t going to make it. But I did, in my opinion, and now I have my weekends back. Great.

One of the things that I didn’t miss about having time off was having to deal with my family. Especially my mother. She’s become so much more difficult over the past few years. I’d like to blame it on age, but then I remember that my mother was never a model of logic to begin with. It just seems that the more free time she has, the more she acts up. It’s like being in charge of a child with credit cards and mood swings. Not pleasant.

One of the other problems I have with having my weekends back is that lack of extra income. I do make enough money to live off, kind a, if I’m very very careful with money. Being smart with money is one of the things my parents never got around to teaching me. And it’s one of those things I haven’t been able to teach myself. I’m still frivolous, spending money on things I don’t need when I know that I can’t afford them. And it’s not big things; it’s a string of small things that just sort of creep up on me and my bank account. Before I know it, I’ve spent too much, gone over budget and am in need of being bailed out.

The thing is that money had stopped being a problem. I was making loads of it and didn’t really have to watch what I was spending. I lived too many months with that kind of freedom and now find that I cannot get myself into the budgeting thing. With the loss of my extra weekend job income and the addition of my new car payment and its increased insurance bill, I’m barely making it.

I’m hoping, for my peace of mind, that my freelance work starts to really take off. That’ll pick up the extras quite nicely. Unfortunately, other than my one real client right now, I’m still in the maybe stage with a few others. That’s okay, it’ll work out. It has to.

I had lunch with Isabel today. We made the appointment over a week ago, mostly because we can never just get up and go together. We have to schedule things or we don’t get to do them. Isabel is volunteer coordinator for a local nonprofit organization, mother to a two-year-old boy, married and just about my age. She graduated two years before I did, so she’s a little bit higher up in the food chain than I am. During work hours, however, we are equally busy, so we schedule lunch together at least once a month.

I like getting together with Isabel. She’s so full of energy, so full of ideas and plans. It’s nice to be around someone who doesn’t focus on the negative stuff. And Isabel always has something going on. She’s fun to be around. I like being friends with her.

I made the mistake, I think, of mentioning to Isabel some time ago that one of my New Year’s resolutions for this year was to meet someone. That is not a statement you make to a friend who is happily married. So her current pet project is to help me meet someone nice. And she’s already lined up candidate number one.

She first approached me via an email that told me that she had a really nice guy she wanted me to meet and was I interested? To which I promptly responded that I wasn’t. Then the funeral happened and the conference happened and I forgot all about it. But Isabel didn’t. Today at lunch she brought up the subject again. And, again, my gut reaction was NOOOOO!!!!!!

And forget the whole long-term relationship issues that seem to plague TV and magazines. I’m worried about first dates and getting-to-know-yous and all sorts of first times. I’m worried about being too abrasive and maybe not modern enough and too American and too Mexican and too me to be of any use to another human being. I think about the fact that I’mâ€¦. well, fat and maybe not quite as pretty as I’d like to believe. That I might not be witty or charming or interesting.

There are all these weird fears that seems that have been festering in all the time I’ve taken away from the dating scene. Fears that have bubbled up and make themselves known as soon as someone reminded me that it’s time to rejoin the land of the living.

And I don’t want to meet someone perfect. I want to date. I want a male friend who will go to the movies with me and occasionally go dancing with me. Someone who will listen every once in a while and maybe soothe me when I’m feeling ruffled. Comfort would be nice. But really, that’s all I’d have time for right now anyway, so I’m not exactly in the market for a husband with my eyes on a family in the near future. I have too many commitments, too many responsibilities. I am the adult in my house, the caregiver, the head of household. And that’s exactly why I need entertainment, amusement, diversions.

So Isabel worked on me for a while, until I saw reason and agreed to meet her friend. I’m not expecting much, maybe just to push myself into meeting someone nice.

I have a month’s worth of things to talk about. I barely know where to start.

My uncle died of a heart attack on his 49th birthday on June 12, 2000. The tragedy of his death aside, there are now loads of issues that have to be dealt with because of it. My uncle used to be my father’s partner, once upon a time. And he had some financial obligations towards my father that we know see aren’t going to be met by his wife. Family tragedy creates family feud.

I worked like a dog to help pull off the National Association of Hispanic Journalists Conference 2000, at which Governor Bush was the kickoff event speaker. I even met some secret service guys. They were cute in that I’m-never-going-to-trust-you way.

I finally put my money where my mouth is and invested some money in getting this freelance web designer thing of my off the ground. I have my first client. And a graphic designer friend of mine has proposed a partnership of sorts where we would collaborate on jobs, which is good because he’s got more work than he know what to do with.

I have so much to tell you and I don’t want to gloss over the events and miss the important parts. So I’ve decided that I’m going to send out my words as I finish them. So don’t expect them in chronological order.

I will say right now que no estoy de luto. My branch of the family doesn’t believe in the old customs of mourning, and we will not be wearing black for a year and doing without music and entertainment. I don’t know if my aunt will wear luto, but we aren’t. Gratefully, we aren’t en el pueblito, so we won’t be available to criticize.

Today, however, none of the events of the past month are important. My desire to branch out into my own business and the funeral and the conference are all insignificant. Even the weight gain isn’t important today. What’s important today is PMS.

I get one day of PMS a month, where I feel miserable and bloated and I want chocolate more than my next breath. Then I get one really bad day of my period, the first day, when I have cramps and migraines and all that lovely stuff. And during these two days I’m pretty much cranky and bitchy and I don’t want to do anything that requires thought or motion.

Yes, I’ve been eating candy and soda all day. Caffeine is lovely right now. Yes, I’ve been goofing off today and expect to get even less done tomorrow. I do, however, have to look busy. That’s why you’re getting an update.