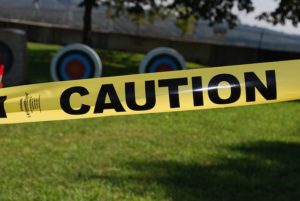 I’ve been in a mood, which means that I’ve been more myself than I usually am.
That’s not a good thing.

When I was in elementary school, I think third grade, my sister Linda and I took the bus to school. She was three years behind me, because of where her birthday fell, which means she was probably in kindergarten. She was always a girly girl, and she wore frilly dresses to school every day. Think pink with ruffles and lace. She was quiet, and a little shy. (You will note that she did grow out of that.)

Somewhere early in the school year she acquired a bully. There was a boy who rode on the bus with us who would pull up her skirt. And I was never around when it happened. The incidents happened a few times before the tale made it from my sister to my mother to my father. My father did not have a typical reaction; he took my sister aside and told her that the next time it happened, if she didn’t defend herself, he was going to punish her. It was short, but it was effective.

The next time the bully pulled up her skirt, the very next day, she… retaliated. And the details of that are a story for another day.
He never bothered her again.

Yes, yes… that could have gone bad very easily (and I don’t think I would have suggested to anyone to take this approach with their kids). But that’s not the moral of the story. The moral of the story is that I was not raised to be meek. “M’hija, don’t ever let somebody tell you you’re wrong when you’re right,” he would often say to me. “And it doesn’t matter who it is.”

I come by my wilfulness honestly. Tracing back through my mother and my father you are going to find my genetic pool has a lot of forceful traits that came to me at birth. You need to understand that I was not taught to be softer, to take a moment and think about it, or to allow for someone’s position to influence how I reacted.

This is a little bit surprising, when you consider how much of a traditional marriage my parents had. My father had one set of expectations and rules for my mother, and a completely different one for me and my sisters. And that topic is probably a whole book, to be written later.

It took a few years in the workforce to make me reevaluate my instincts. And I learned that where my first reaction was to push, prod, snap and unleash my very quick temper, that usually made things worse. I learned to be softer, to sometimes let things go. I learned that sometimes you have to decide if you want to be happy or you want to be right. (I don’t think my father ever learned that last part, but I know he got along very well with everyone he worked with and who worked for him.)

My relationships with everyone are much improved because, as I put it, I grew up.

However, when I am stressed, or tired, or just plain irritated, I always default back to my instincts. Which means that I push, prod, and snap. It means that I call people on their mistakes with a bit more bite than normal. It means that this is not the time to try to mess with me.

I’m in a mood this week. In other words, I have my “approach with caution” sign up. I just hope others see it.

I recently came across this post, Chronicles of Undercover Mexican Girl: Latino Film Festivals, and now have added attendance to these festivals to my bucket list. I think I’m going to start with this one, since it’s the closest:

I know that to you it seems reasonable to swerve from your lane, on my left, all the way to the lane on my right by shortcutting in front of me, leaving a whole three inches between our cars, going 70 miles an hour down a Texas freeway at night. I’m sure the 10 seconds you saved doing that instead of pulling in behind me and making your way to the intended lane in a safer manner will somehow make a positive impact on humankind as a whole.Â Because, really, there’s no other reason I can think of that would make it OK for you to gamble with my life that way. (You will note that I don’t comment on you gambling with your life; who am I to tell you not to squander it?)

I’m grateful for three things (in no particular order):

I’m sure you would tell me, Idiot Driver, that it was an overreaction to stomp on my brakes just because a car swerved in front of me, without signals, leaving many many inches of buffer room in front. What can I say? The reaction was instinct.

The only real victims of tonight’s incident were my nerves and my formerly-full to go cup, which toppled over the side of the cupholder and landed somewhere near my feet. Since it was nighttime, I couldn’t see but could clearly imagine the Diet Coke seeping out of my cup onto the floor of my truck, leaving a mess. Since we were, as previously mentioned, travelling 70 miles an hour down a Texas freeway, just pulling over to clean up was out of the question.

Yes, ultimately that’s a small incident, but so close to being catastrophe. And the 10 seconds you saved? Well, maybe one day I’ll see how they mattered.

For those of you who have Nutella as a staple in your pantries, Lifehacker has a DIY Nutella recipe you might want to check out. I don’t like it enough to make my own, but thought it was worth sharing. Of course, I do really enjoy my cream cheese, so I did bookmark the DIY cream cheese blog post that Lifehacker pointed to.