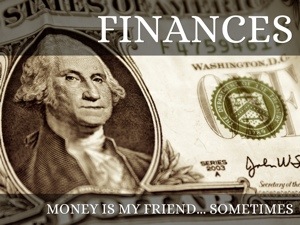 Last year I did something that’s both dumb and smart. Last year I moved into the house my brother bought. This was done mostly to be helpful, but also to save money. But I’m barely being helpful and I only saved the minimum amount of money.

My baby brother is a military man. (BTW, “baby brother” is a six-foot, linebacker-looking 27-year-old.) Over the last 18 months he spent 15 months in Afghanistan, got engaged, bought a house he’d never seen, convinced me to move into said house with his now fiancÃ©e, and took a job in Virginia. (This whole paragraph equals approximately a dozen separate posts, so I’m not going to go into the details here. I’m just setting the stage.)

“You can save money for a down payment,” he told me when he was talking me into moving into the house he was about to purchase. And that made sense. As I’ve pointed out before, I seem to be incapable to save money, so the help helps.

I estimated that I could save $12,000 in a year by not having to pay rent and economizing a little. Even with the increases in my monthly gas budget I knew I could probably hit that (my commute went from 10 minutes to 45, in “good” traffic).

I made an excel spreadsheet and put in where I needed to be at each payday so I could meet my goal. And I tracked it. Some months I did better than others, but I met my yearly goal.

I could have done better.

I saved my money. I did. I really did.

But I had all those out-of-pocket expenses for the surgery and the preparation. My wonderful insurance covered almost everything, but I still had about $1,500 in surgery-related expenses that I paid for myself. (Did you note that I wasn’t being sarcastic when I typed “wonderful”?)

And I had a root canal plus new crown, which equalled nearly another $1,000 over three visits.

My truck broke down at least twice, with repairs at nearly $1,000 each time. And that doesn’t take into account regular maintenance and the new tires.

I went with my family to New Orleans over Thanksgiving weekend. I’m estimating that I spent about $800-$900 for those four days.

I bought an iPad. Yes, the deluxe version, with mobile internet access and a monthly bill. I’ll let you fill in amounts for that.

And I have no idea how much money I overspent on gifts, lunches out, celebratory dinners and other “special”-day related expenses. I have found that this is a big money drain, since I have no restraint.

I could have saved much more.

Now I am looking at having to buy a new car this year. My truck has reached that point where I’m almost paying as much to keep it running as I would to pay off another vehicle. It’s time. Which means that I need at least $5,000 for a down payment, and I need to budget to pay $12,000-$15,000 overall for a decent used vehicle. Even with a good loan, I will be paying this down the next two years or so.

So that wipes out nearly half what I saved over the last year, and makes it nearly impossible for me to save money in the next few years.

I need to make more money. I need to spend a lot less.

It will be another three years before I can buy a house, if everything I’m anticipating happens as planned. And by then home prices will have gone up, home loan interest rates will have increased, and my situation will have changed at least a dozen times.

I’ve lost six pounds this week. And that’s just since Tuesday, when I was weighed at the doctor’s office. I stepped on a scale this morning and greeted the silver lining.

Of course, my appetite is coming back slowly. Just took a lunch break at 2:30 pm because i was finally a little hungry. Of course, I also realized that I haven’t eaten anything all day… again. 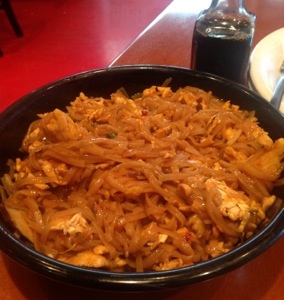 I am breathing easier. The coughing has improved. And I feel stronger.

But I am still a loopy mess.

Then I realized that I hadn’t had lunch… or breakfast… or anything all day that was more substantial than coffee, cough drops, or apple juice… since last night really, when I had a bagel for dinner so I could take the evening meds…. and I had a single taco for lunch yesterday….

I don’t lose my appetite when I get sick. The only thing that ever achieved that was unending days of Vicodin due to pain.

But I’m not on Vicodin. Is it possible that in one of the six meds my doctor prescribed is one that’s having the same effect? No, not possible.

Wait, wait… the other thing that usually happens is that I get loopy.

OK, I’ve had trouble concentrating all day, but I have a partially-collapsed lung, so there’s a reason there. But they were giving me weird looks during the meeting earlier when I gave that annoying woman an eye roll as she explained why her lack of planning was my emergency… And I did warn my boss that if he made me call that other woman to handle her complaint I was going to be truthful with her, only I actually told him which words I’d use to convey that… And I told his assistant that I needed to talk to her but could she wait five minutes while I went to pee…

This is a short follow-up to yesterday’s health post. If you haven’t read it yet, it includes the words partially-collapsed lung.

When I was a kid we blamed it on my tonsils. As I grew older, and my tonsils were removed, they were still blamed because I have a weak immune system… or something like that. What it comes down to is that if the weather changes, if there’s a bug going around, if there’s a high pollen count, if I hear a story about someone having a cold… I am going to get sick.

So, you have to understand that my getting a severe head cold overnight didn’t surprise me. That one day later I was miserable just irritated me. I didn’t start to get concerned until I was downing antihistamines with Nyquil every few hours. When I went through a week’s worth of antihistimines in three days, I was a little shocked. I couldn’t breathe, my nose wouldn’t stop running, and my sinus headache was killing me. But I wasn’t really concerned.

I get sick a lot.

It wasn’t until yesterday morning when I was doubled over the bathroom sink, trying desperatly to stop my nosebleed that I realized that maybe it was more than just a cold. Until then I honestly thought I was going in to work. (By the way, the nosebleed was from blowing my nose so much.)

I have a sinus infection and an upper respiratory infection. My doctor gave me a prescription that included six separate items that are expected to take me through the next week and a half.

And, oh yeah, I have a partially-collapsed lung.

And I’m sitting here, concentrating on the fact that I can breathe easier than yesterday, trying to convince myself not to overreact. I can’t do anything about the lung until the infection is over. Unless I get worse, I’m not going to dwell.

Then I am going to get a second opinion. Or several dozen of them.

I intended to write a #gratitude post about my health issues this weekend and how lucky I am to have a job where I can call in sick, health insurance that covers my doctor’s visit and prescriptions, and money to pay for what insurance doesn’t cover without dire financial circumstances.Â

Phone rings, greetings are done, woman identifies herself as a nurse at my doctor’s office.

Nurse: We have the results of your x-rays back and it looks like you definitely don’t have pneumonia.

Nurse, almost without pause: But it does look like you have a simple pneumothorax, which is a partial collapse of one lung. The doctor wants you to follow her prescribed treatment but add a few deep breaths every hour to see if that helps correct it.

Nurse: A partial collapse in one lung.

Me: Does the doctor want me to come back in?

Me: I mean, for pneumonia she wanted me to come back in in a few weeks for a follow-up appointment. Doesn’t she want to follow up on this?

Nurse: Well, if you continue to have problems breathing, do come in. But otherwise you should be fine, as long as you respond to treatment.

And I sit there, phone in hand, wondering at how it makes sense that if I had had pneumonia I would be required to go back to my doctor’s office to make sure I am getting better. But with a partially collapsed lung I am being told that I should be fine.

Is it just me or does this make sense to others?