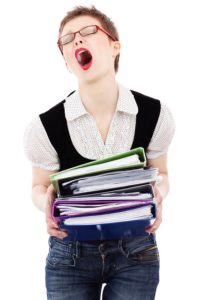 The next day, I woke up with a muscle spasm from hell. My right leg hurt… and hurt… and hurt. From my hip to my ankle, my muscles were rock hard. My ankle kept feeling more… tight… hurt… I would have sworn, under other circumstances, that it was broken. My foot started to cramp up. My toes hurt.

I was crying, babbling something about asking God to please make it stop. In three hours I took twice the muscle relaxers and five Vocodin pills. And still, I was in excruciating pain.

Nothing I did made it any better. No position, no trick, no prayer.

And, through it all, I was trying to make the phone calls necessary to get help. I spoke with my stupid primary care physician, who kept telling me, over the phone, that I needed to calm down. I spoke to the HMO reps who told me that it would be 72 hours, at least, before an approval was given for my appointment with the orthopedist.

My mother, who was freaked out, was trying to talk me into going to the emergency room. I didn’t want to do that. I kept thinking, “it’s going to get better.” But it never did.

I finally gave in.

Of this entire episode, of the entire chronology of pain series you will read, the trip to the emergency room is the only good part.

I had my xrays with me, because I had my brother and brother-in-law pick them up from the imaging center that morning, thinking that I was going to be able to get in with the orthopedist. Boy, was that a pipe dream.

Anyway, a nice doctor took a look at them and told me, as I expected, that the xrays showed nothing and I was going to need an MRI. Unfortunately, that hospital didn’t have MRI capabilities, or they would have done it on the spot. The best that he could do for me, until I saw my orthopedist, was help me get my pain under control.

They gave me a shot of something… I don’t remember the name… I just remember that they told me that it was 10 times stronger that morphine. Is there actually such a thing out there? I don’t care, at this point. Even if it was just a lie, whatever they gave me worked. Combined with the Valium tablet they gave me, the pain started to recede. And I was able to sleep.

The male nurse who came in after the doctor, the one who actually gave me the shot, also talked with me about pain management methods (i.e., what I could do if the Vicodin wasn’t working by itself) and about the fact that one of the things I would have to do is lose weight to reduce the pressure on my back.

I was allowed to rest for a while, given a prescription for Valium and a stronger dose of Vicodin, and sent home to wait for me to get the MRI.

That was the first night I slept through the night (pretty much) in five days. Blessed be whoever put that doctor and nurse there for me on that day.

Except for waking up when the pain medication started to wear off (which was about 30 minutes before it was supposed to) I slept for nearly 24 hours straight. I only got up from bed to go to the bathroom. And I was very grateful.

Once the HMO finally approved the referral to the orthopedist, I found out that he was going to be out on vacation for the next week or so. And then I had to maneuver a change order to get another doctor approved.

Have I mentioned that I hate HMOs?

When I finally did have my appointment with the orthopedist, who looked at the xrays and asked me some questions, he said I needed an MRI. Which was, of course, what everyone had been telling me. Could he order one? Of course not. I needed to go back to my primary care physician for that. (He did at least ask if my pain was under enough control that I could lay still, on the MRI table, for 45 minutes.)

The only thing I got out of the appointment with the orthopedist was a renewal on the prescription for Valium and Vicodin that the emergency room doctor had given me.

I literally went straight to my PCP’s office to get him to send me to get an MRI. And waited an hour. And talked to many nurses, repeating my story and my requirement over and over.

And, of course, he told me that the muscle relaxer he had prescribed for me was actually stronger than Valium, but the Valium was working better because it was calming me down. Like this was something that was all in my head or something.

Have I mentioned that he’s a jerk?

He told his nurse to set up the appointment for the MRI. And, once again, I was sent home to mandatory bedrest.

This is the point at which I find out that bedrest sucks.

4 thoughts on “a chronology of pain, part 3”