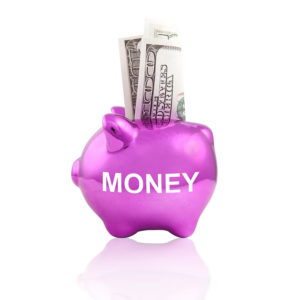 A year ago my nephew received lots of money for his birthday. He couldn’t have been less impressed with it; money wasn’t real to him. He didn’t understand what you did with it, didn’t understand that it was useful. He handed it over to his mother without a moment’s hesitation.

Less than a month later, for Christmas, he was thrilled to get money in a few envelopes. “Wallet cash” is what he called it, i.e. cash he got to keep in his wallet instead of handing over to his mother to go into his college fund. This was money he got to spend.

What happened in that one month is that the newly-minted six-year-old discovered that you took money to the game store and exchanged it for games. “I sold my twenty for a game,” was how he put it the first time he paid for something himself.

A few weeks ago my sister was driving him back from the game store, where they’d gone to pick up a gift for a friend’s birthday. The store manager told them about a new game coming out in October. This was a game he was very interested in buying. The manager had told them that she expected the game to sell out, so she recommended they place an advance order. And so the kiddo spent the car ride home trying to convince his mother of the absolute need to pre-order the game.

“I’ll make you a deal,” my sister offered him, after hearing his arguments in favor of buying this $50 game. “If you pay half, I’ll pay for the other half.” She thought this was a very good deal. And since she knew that his stash of “wallet cash” equaled more than $80, she knew he could afford it.

“Wait… pay for it, with my money?” he asked her, horrified. He paused. “I gotta think about this,” he told her, seriously.

Then he was quiet for a while.

“I’ve got it!” he exclaimed excitedly after a while. “I’ll ask for the game as a present for my birthday. It’s just a month later. That way I get the game and I don’t have to pay for it.” He was very proud of his solution.

My sister was dumbstruck.
I was just impressed that the six-year-old was willing to wait an extra month for the game instead of parting with $25.

This is the kid who has declared he’s going to grow up to be a millionaire. Listening to him haggle so he could keep his money, I am beginning to believe him.