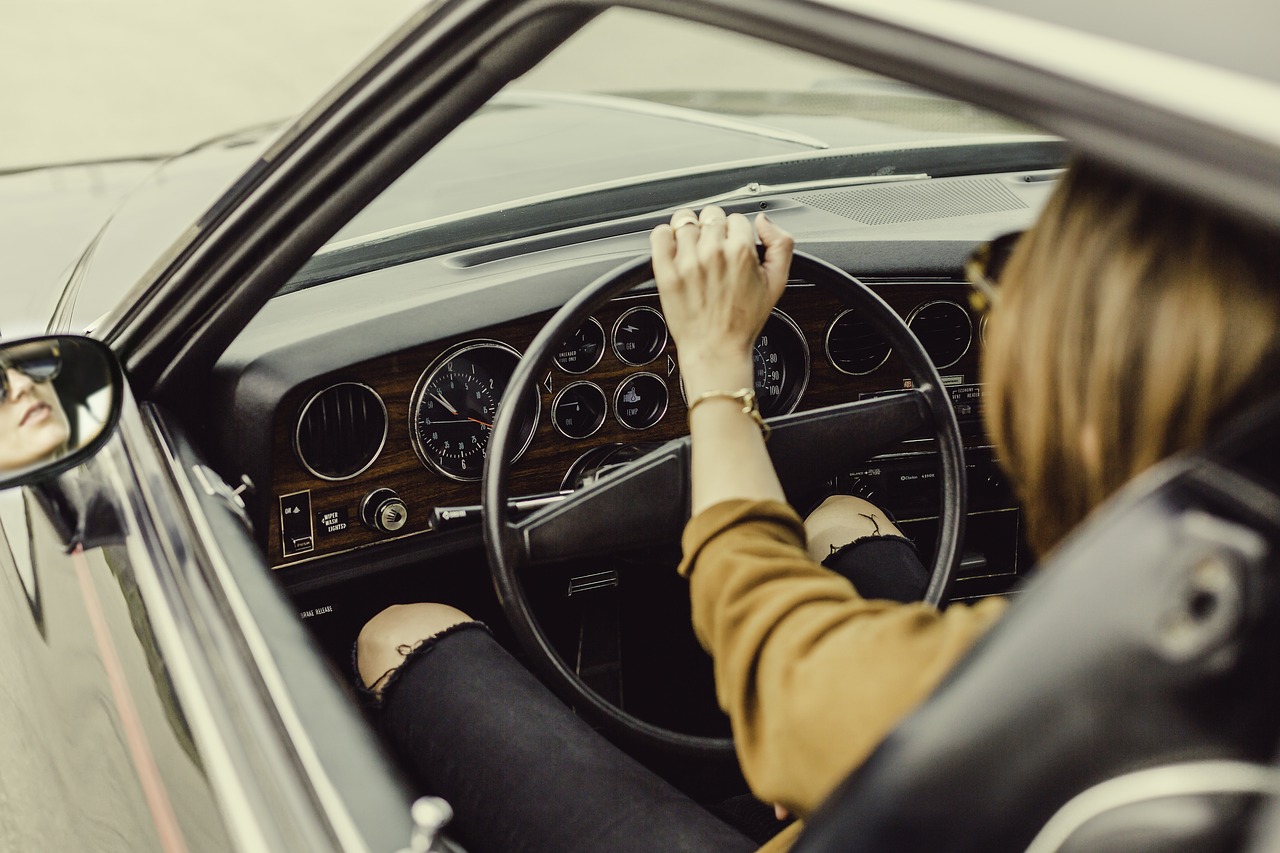 I was talking to a co-worker today about my little car adventure on Saturday, the one after the ManÃ¡ concert. We started to compare kindness of strangers stories and it occurred to me that I have relied on strangers to come to my rescue on many, many different situations.

I was living in Atlanta . . . well, I was living in Smyrna, which is technically outside Atlanta, but I still call that period living in Atlanta. Anyway, I was driving to my job as Assistant Manager of the a hair salon and my car just died. No stutter. No warning. It just died. In the middle of traffic in a two lane, two way street. I have to admit that I’m ignorant when it comes to cars. And no, that isn’t because I’m female. It comes mostly from being brought up in a house where nobody was really into cars, not even my Dad. So my car has just stopped and I didn’t have the faintest idea what to do. A car stopped and two guys got out and volunteered to help me. It’s sad to say that I never even bothered to get their names. They pushed my car into a parking lot and waited with me until the tow truck got there. I thanked them profusely.

One Christmas, about six years ago, my younger sister (who is now married) and I were in MÃ©xico with our family. We were out there for the first time in four years for a funeral. A good friend of ours invited us to go to Monterrey with her to spend the day and come back with her brother later that evening. That’s the equivalent of going into the city for the day, you take the bus out the morning and you take the bus back in the evening. We figured it would be a good idea. And we kind of wanted to get away from the funeral atmosphere of el pueblito, so we went. And found out that our friend didn’t warn her brother that we were going and there wasn’t room in his car for the ride back. So they dropped us off at the bus station so that my sister and I could go back that way. Except it was Christmas Eve and the bus was sold out. And we panicked. Our friend had already left and we really didn’t know anybody else out there. What the hell were we supposed to do? This very nice woman had overheard us whining to each other and stepped in to save the day. She told us that if we went to the little bus stop just outside the city they would sell us tickets to go standing up. We just had to get to the bus stop. And that meant taking the inner city buses all the way out there. Then she volunteered to take us out there. My sister and I kindly refused, mostly out of polite courtesy than anything else, because it would have been out of her way. But she insisted and we didn’t want to spend the night in Monterrey. So she took us to a bus stop, got on the bus with us, got off at the little bus stop and took us in to buy our tickets. She refused to accept any money for her help, only taking a reimbursement for her bus fare. She told us that if we really wanted to thank her, the next time we saw someone in need we should remember that a stranger helped us out and do the same.

I had borrowed my sister’s Mommy-mobile, a minivan she bought just after my niece was born. I was in college and interning at the City of Houston. The Mommy-mobile is notoriously unreliable, despite its name. I was trying to drive out of downtown Houston, on my way to school from work, and the stupid thing started to smoke. Of course, since it wasn’t mine it irritated me more than if it were. I pulled in to a service station and parked it in front of the water and air pumps. My sister had warned me that it was acting up, so I was pretty much aware that this might happen. So I parked the stupid thing and popped the hood and got out. From the corner of my eye I saw a man approach me. He was an older African-American man who had the obvious signs of neglect of someone who either lives on the street or who spends a lot of time there. I was too preoccupied to be worried. My mother told me, later, that I could have been mugged. I didn’t even think about that. The man asked me what the problem was and I told him that it had heated up on me. He asked if I would mind him taking a look and I smiled politely and said that I was really sure that it just needed water. HE insisted, polite and non-threatening. He took a look and pointed out that a hose looked like it was leaking. Then he helped me put water in the vehicle. He never asked me for anything, never indicated at any time that he expected to be rewarded for helping me out. I did give him five dollars, but I never felt like I had to. It was voluntary.

There are lots and lots of other times some unknown person has come to my aid, but there are too many to count. I believe that what goes around comes around. So I’m usually nice to strangers. It’s my family I’m mean to.