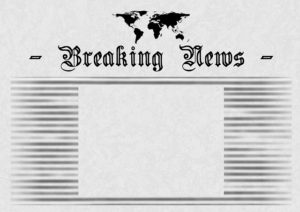 A friend of mine told me this story about her job… and the fact that so few people understand what she does at her organization.

She works for a non-profit organization that is providing valuable services to the Hurricane Katrina evacuees. She is the primary public relations person for this non-profit, working for the Development Director, oveseeing all promotion and publications. She is, of course, overworked and underpaid.

For those of you who don’t know the timelines, evacuees started coming into Houston on Sunday, August 28th. For her organization, that meant that they started providing aid to hundreds of people on Monday the 29th.

“I knew, driving into work, listening to radio reports of people who drove for 12 to 16 hours to get to Houston from New Orleans, that my week’s agenda had just gotten hijacked by Mother Nature,” she told me over breakfast. Because of our schedules, we finally figured out that if we were ever going to actually see each other, it was going to have to be breakfast get-togethers. For us, that means meeting at 6 a.m. in a restaurant halfway between both our offices.

“By lunchtime I was receiving reports from our customer service personnel on the massive amounts of people that were coming into our buildings,” she continued. “At that point I had to decide if I was going to contact my friends in the press to earn some brownie points by letting them know where they could get some good b-roll and obtain interviews with evacuees or if I was going to leave it alone.”

My friend, called aPRpro from here on, and I went to school together. Our careers are very similar: public service, marketing, advertising, media relations, Internet marketing, political time, non-profits. The only difference now is that she has one client and I have several. Or rather she has a steady job and I don’t.

Unless media relations is your bread and butter, it sounds a bit callous to hear someone talk about capitalizing on helping hurricane victims by trying to get some good press. She wasn’t talking about sending out a press release or making a big deal over what others would consider normal business, her organization providing their everyday services to hundreds of evacuees, but about making a few discreet phone calls to a couple of reporter friends to point out a possible news source. She was talking about doing that “in the background” stuff that makes her really good at what she does.

“So I called a couple of people and reminded them to add our organization to the list of resources being provided for the Katrina refugees,” (at that point we were still calling the evacuees “refugees”). “And in the next couple of days I saw that our name started to get included in Web sites, articles and radio reports. Every once in a while subtle works,” she added, with a smile.

Of course, all of this is just the beginning, the opening to the story about what happens next. “By the end of Tuesday, we were all aware that Katrina was going to be a bigger deal to us than we thought. By Wednesday morning I was beginning to ask the question: what are we doing for these people?” she says to me, over her third cup of coffee.

“And, of course, I get told the stuff I already know, the stuff I knew on Monday. And I push, saying, OK, but what else are we doing? How are we going above and beyond what we normally do?” she continues.

I understand her questions. By Wednesday, the free admissions, percentages off and the emergency shelters were all in effect. By then we knew that these poor people were going to be in Houston for more than just a few days. Donations and volunteers were starting to pour into shelters, with more shelters being created almost hourly.

“The answer kept coming back, ‘we’re still discussing that,'” she tells me. “Other non-profits kept getting on the news, saying we’re giving this away free, adding these services, doing this extra. And we were still discussing what we were going to do. It was a nightmare.”

I made all the sympathetic noises friends make at these moments. Truthful, since I had been there myself on too many occurrences. Some things are universal.

“I walk into work on Thursday morning to find that the Director’s assistant has already been looking for me. Let me be clear that I was arriving early, and they had already left a message for me and her assistant was looking for me. That’s never a good sign.

“I’ve been there maybe two minutes and the assistant finds me, trying to get my hands on a cup of coffee before I have to deal with whatever is going on now. I really should have had that coffee before I let her say anything.

“She tells me that the Director and the Assistant Director discussed it and they think it might be a good idea if I start calling the press and let them know what services we offer that are available for evacuees,” she says to me, then pauses for effect.

“You did that on Monday,” I remind her, confused.

“Yes, I did,” she replies, pausing again. aPRpro can be very dramatic at times.

“Well, either neither of them had realized that we were already being added to the lists of resources, or they thought that that was a coincidence,” she tells me with a smile. “I informed the assistant that I had already made the phone calls and that I had media clips where we had already been mentioned. Then I sent her on her way.”

She smiles, letting me know that the story is far from over. “The assistant is back in less than five minutes,” she continues. “She tells me that the Director believes I should, perhaps, make more calls because she hasn’t heard anyone mention us.

“Why the Director, who has me on speed dial, didn’t call me directly to discuss this, is a conversation I’m not going to address right now — mostly because I don’t really understand it.

“I told her that I couldn’t make more calls, I couldn’t try to get us more press because we weren’t doing anything extra. In fact, because the evacuees were from out of state, for some of our services we were supposed to charge them a fee. Our counterparts in the county had already announced that these fees were being waived. We weren’t. If I got a reporter to do an interview, or pay any attention to us, the question was inevitably going to be, why are you charging these victims when no one else is? More press could, in fact, end up hurting us,” she explained to me, that she had explained to the assistant.

“Of course, what I didn’t tell her is that I could make all the calls I wanted, or rather all the calls they wanted, issue press releases and put up info on our Web site until I’m blue in the face. I cannot make the media use our info. It’s either news or it isn’t. I either can get a reporter to think a piece of info is worth adding into his or her piece, or I can’t. And pushing isn’t going to help,” she says, one pro to another.

Again, I’ve been there. How many of us have gotten that request from a client, or a supervisor, or the business manager to make more calls or send out a press release or whatever as if it were a magic bullet that would guarantee coverage?

“What upsets me is that they thought I had to be reminded to do my job,” she tells me. “As if they had to take me by the hand and lead me to do what I’m supposed to be doing.

“This is the equivalent of telling the IT manager, well, Windows came out with a new patch, so it might be a good idea if you had your staff install them on the appropriate computers,” she says, frowning and more than a little bit upset.

“And here they are, on Thursday, still discussing what ‘extra’ things they might be doing for evacuees, thinking they have to tell me what my job is, and I did it four days ago. Then, it’s not enough anyway. It’s great to be loved.”

Many of us are going to use the aftermath of Hurricane Katrina as either examples of things to do or examples of things not to do. Either way, it has become a PR cyclone of activity. And those of us who know our jobs have been on top of it from the beginning, whether our Directors realize that or not.