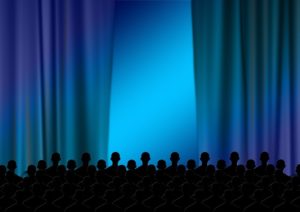 I sat there trying hard not to look amused and wondered what I looked like to them. Green plaid pants and a lime green blouse, black heels with ankle straps and modest silver jewelry, oval-shaped purple-rimmed glasses and pale remnants of that morning’s makeup, blue-silver nail polish and short red hair.

I attempted to see myself through their eyes. I used to be one of them, recently enough that I even knew a few of them personally. I’m a part of their family, in a legendary distant relative sort of way. I am a part of their history whether they like it or not.

With that knowledge I sat in a roomful of college students who were sure that they knew everything. And I remembered what it felt like to be them. I graduated from college two years ago. From The University. The place where I now work. I studied there, I graduated, I interned there and then they gave me a real job. It has become my home away from home. One some days I seek its comfort and on some days I want to run away.

On this particular day I attended a student meeting. I came to the meeting as an adult, as a University staffer, to solicit volunteers for a university booth at a local festival. I came as an outsider. And as I took a hard look at them, denim jeans and shorts adorned with tees of all sizes and colors, walking shoes and old faded backpacks that had seen much better days, I felt like an outsider too.

Once upon a time I attended these meetings on a regular basis. As an officer of several Latino organizations, going to the umbrella group meetings was a mandatory thing. (For those of you who don’t know what an umbrella group is, it’s a group that doesn’t have members but member organizations which in turn have members. It’s the United Nations of student organizations.) And I sat in similar rooms with similar people and similar agendas.

Looking back I can remember the arguments and the plans and the criticisms. We coordinated lectures, readings, film festivals, dances, and fundraisers. We did all the things — insane and practical — that student groups do. It’s funny now, how seriously we took it all. You would have thought the fate of the world depended on whether or not our next fundraiser succeeded.

I was tempted, in a strange awkward moment, to tell them tales of my days in that group. Founding member and officer of a Chicana Feminist group that made waves as a way of life. Founding editorial board member and contributing writer of El Periodico, the University Mexican American Studies student journal. One of the coordinators of the first and only Chicana History Conference held at University. Blah, blah, blah, blah, blah.

I’m glad that I didn’t indulge that urge. Trips down memory lane are fine, but I don’t want to feel like I have to live in the past to feel important. Especially not to impress a roomful of people who resemble me a lot more than they think. So I made my little speech and told them all that I needed volunteers and why I needed volunteers and how people could get in touch with me if they wanted to volunteer.

And then I left.