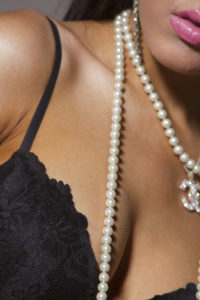 Along the way we realized that the two good looking guys in the table next to ours were quiet, riveted by our conversation. Of course, we were a group of women discussing breast size and boob jobs without using our indoor voices. I think we can forgive them.

This was my semi-yearly lunch with what I call my “brunch friends.” We almost only ever get together for lunch or brunch, and the occasional drink. More than acquaintances, but not quite “visit you when you’re sick” friends. I think we average two or three lunches a year. Amazing how little it takes to keep a friendship alive.

Our conversations are lively, varied and often unforgettable. We have shocked many a waiter by being in the middle of a talk about sex, relationships, cheating, our bosses, our exes… our lives in general. On this particular day we were discussing, in a crowded restaurant, my friend’s recent lift. Or rather, we were discussing one friend’s sudden realization of another’s boob job.

“Oh my god, when did you get those?!?!” The Exclaimer asked, loudly. All our mutual friend had done was sit down at the table and take off her sweater. Underneath she was wearing a fitted blouse that looked great on her. And this resulted in having her business announced to the whole restaurant.

I hadn’t realized anything was different until the outburst. I don’t look at other women’s boobs that closely.

The Denier tried to play it off. She pretended not to know what The Exclaimer was talking about. She smiled coyly. She gave token resistance to our friend’s insistence. Then she talked. The lunch was, after all, an unveiling.

“I actually got this done last year,” she said. “But I wasn’t comfortable enough to dress showy.” Which of course means that she got a boob job but didn’t want anyone to notice it.

Through it all my friends seemed to have forgotten we were in a restaurant where they place the tables so close you almost couldn’t walk between them. And the tables around us got quieter as the two of them became more involved in the conversation.

Eventually, I put a stop to it. I mean, there’s something just wrong with talking about your friend’s boobs over lunch. And everyone around us was paying way too much attention to the conversation I was inexplicably roped into.

And I realized that I was in an episode of Sex in the City, or the closest thing I could imagine to one. I think that says a lot about my life.