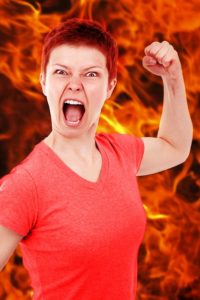 In a moment of weakness I agreed to do a favor for someone when I don’t have the time and really didn’t have the inclination. I’ve come to regret that in a major way.

I’ve been out of town quite literally watching my grandmother die one breath at a time. It’s an excruciating experience.

I have been unable to meet with the “contact” for this favor. I sent a brief email explaining that I was dealing with a family issue and would contact her as soon as I was available again.

Tonight I got a message telling me that since she saw that I was posting “fun and informative updates on Facebook” she was going to assume I’d resolved my family issues and was available to meet. My reaction is not printable.

I explained that I advance post many many of my updates and that my grandmother had in fact died in another city, where I was staying for a few weeks (nowhere near the actual state where the meeting would have happened), so I was just a little bit too busy for her volunteer activity. In other words, back the fuck off!

Yes, I’ve been posting the odd little moments of my day as I move along — the truck stops and the weird food and the moments of hilarity that have made these weeks bearable. And now, because I was too stupid to say no when I should have, she expects me to justify this.

I will remember her name. 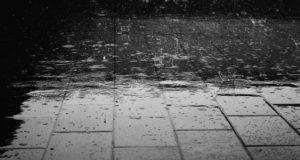 I just learned that the doctors have given in — they’ve told my family that there’s nothing else they can do for my grandmother. She’s too weak to survive any more treatment or the surgery.

My mother is devastated, though she says she already knew this was coming. But I know that you’re never really ready for your parent to die.

My grandmother is being placed in a hospice for end of life care. They are going to try and “make her comfortable,” but they’ve told my family that they need to start making arrangements. What they mean is that we need to make plans for what happens when she dies.

I don’t know what happens in the meantime. I’ve offered and offered and prompted and bullied my mother to no avail — she says she doesn’t want to go see my grandmother while she’s in pain and so sick. And I keep telling her that I think she’ll regret that later.

What she feels and why she’s made that decision are personal to her, and not something I feel I can share here. They’re not mine to share.

And now we wait… 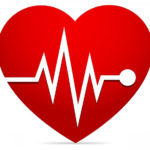 I got tired of being subtle… I volunteered to take my mother to see her mother. I can’t say the words, “You need to see your mother in case the worst happens.” I can’t tell her that she needs to see her mother before she dies, in case she dies. The words just will not erupt from my mouth. There’s a kind of block between what I want to say and the words themselves.

A visit to my mother’s hometown is not on my list of things I want to do. I am well acquainted with my inner selfish tendencies; I have long since accepted my inner voice. In this case it’s telling me that the timing is all wrong… I won’t enjoy the visit at all… I don’t have close emotional ties to that part of my family… I can’t afford the trip… I will be the only person there to provide emotional support (which isn’t my best thing)… I know, in advance I know, that I’m going to regret the trip.

The list of things running through my mind is endless. I hear each and every reason why I don’t want to go, very clearly. I just don’t say them out loud.

It was my idea. I’ve known for weeks that this trip has to happen. I’ve known that my mother won’t go on her own, that I can’t send her by herself. I know that I have to make sure that she goes. I volunteered. It was my idea.

I’m not a bad person for acknowledging that I don’t want to make the trip. But I never considered not making it. I never thought even for a moment that I wouldn’t go. I always knew that I was going to make this trip.

There is a part of me that knows that I want to make the trip for me too… in case the worst happens.

My mother finally said the word out loud. We’ve been skirting around it, as if by not saying it we could make it less real. We’ve been using other words, softer words, words that don’t sound so final and so harsh, but we both knew what we were thinking.

“Your grandmother’s cancer is spreading,” she said. “She’s in a lot of pain.”

We do know she’s in pain. We do know that the growth is growing.

I’ve been nudging my mother, pushing her towards a trip to see her mother. It’s at tricky conversation. I can’t really push, or she’ll refuse to go because I tried to make her go. I can’t neglect to ask because then she’ll (later) say that I didn’t want her to go.

I don’t want her to wait too long.

In the meanwhile, I get these vague text messages from my mother with updates. And I call her for explanations which she gives, grudgingly. An hour later I get yet another text message. She’s giving me info one drop at a time.

And I am truly worried that, while I figure it out, I’m screwing things up.

While I was whining about the cost of getting my car fixed, my friend was losing her father. My friend L, who recently had her Dad diagnosed with fatal cancer, lost him last evening.

Even though she knew it was going to happen, there is never enough notice or preparation for this to happen.

Tomorrow I will go to the wake, when I was supposed to be picking up my car. Definitely time to put things into perspective.