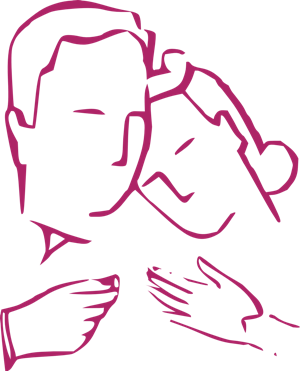 J is quite clear that what brought them together was the sex. She’s actually rather defensive as she says that he was the best lover she’s ever had, and that it was him pursuing her that resulted in the two of them getting together instead of the other way around. And so you’ll end up in a conversation about his creativity, when all you wanted to know was whether or not he was a nice guy.

I understand the attitude, the automatic walls, since I’ve seen how others react when she answers questions about their relationship. Disbelief it the most common reaction, though hostility often makes makes an appearance.

He has three decades of experience more than she does, and is a shining beacon of success and wealth. When she moved in with him she was still working on her undergraduate degree, though she was slightly older than the traditional college student. She was, to put it bluntly, the younger woman. And friends and frenemies alike took great delight in taking shots at her over this. It was as if she’d done harm to others when all she was doing was living with an older, single man.

“She’s a kept woman,” said a frenemy, very vocally. “I don’t know how she can show her face at school every day.”

She didn’t have to work because he paid all the bills, including her credits cards and tuition. She always had the latest and greatest everything, without having to worry about budgets or jobs or any of the things many of us in that state school contended with every day. That alone made her unpopular.

“It’s not like he was married,” she adds. “We weren’t cheating or anything.”

And how they crowed in delight when the breakup happened.