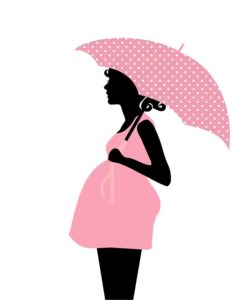 She saw him once, years later. He was accompanied by one of his “usual types” and she was with her husband, heavy with her second pregnancy.

“I never understood what he was doing with me,” she says in retrospect shortly after the encounter. “He was always into tall, statuesque blondes and I was this short, lumpy brunette.”

Her lack of understanding doesn’t take away the fact that he stayed with her much longer than with anyone else. For someone who is a notorious commitment-phobe, still, she was an aberration that gave all the rest hope that his ways had changed. They hadn’t.

One day, late into their relationship, she realized that she wanted more. She wanted a future. And she knew that trying to get him to give her that, the future she wanted, would break them. Instead she broke it off, telling him honestly why.

He didn’t take it well. “It wasn’t the fact that we were ending, I think, but the fact that I was ending it before he was ready,” she explains. His parting words were cruel and hurtful, and they stayed with her a long time.

Looking back she realizes that without those hurtful words she might have been tempted to go back to him, to beg him to forget her moment of doubt. “I missed him. I missed him a lot.”

Instead she went out and tried to live without him, connecting with friends and family, and meeting new people. She met her husband nearly two years later. She says she knew he was the one from the very first conversation. They were married absurdly fast, within a few months. She was pregnant shortly after.

“I always knew I was going to run into him at some point. This city is too small for that not to happen ever,” she muses. “I’m glad it didn’t happen earlier, when I was still hung up on him.” She later adds, slightly embarrassed, that she’s happy she could show him that she did get what she wanted. That leaving him was the smart thing to do.

The encounter went well, much to her surprise. He was polite, let her introduce him to her husband. (Her husband knew who he was, since she’d told him all bout her previous relationships.)

“He hasn’t changed at all,” she says.

And now she doesn’t have to think about him as the one that got away.