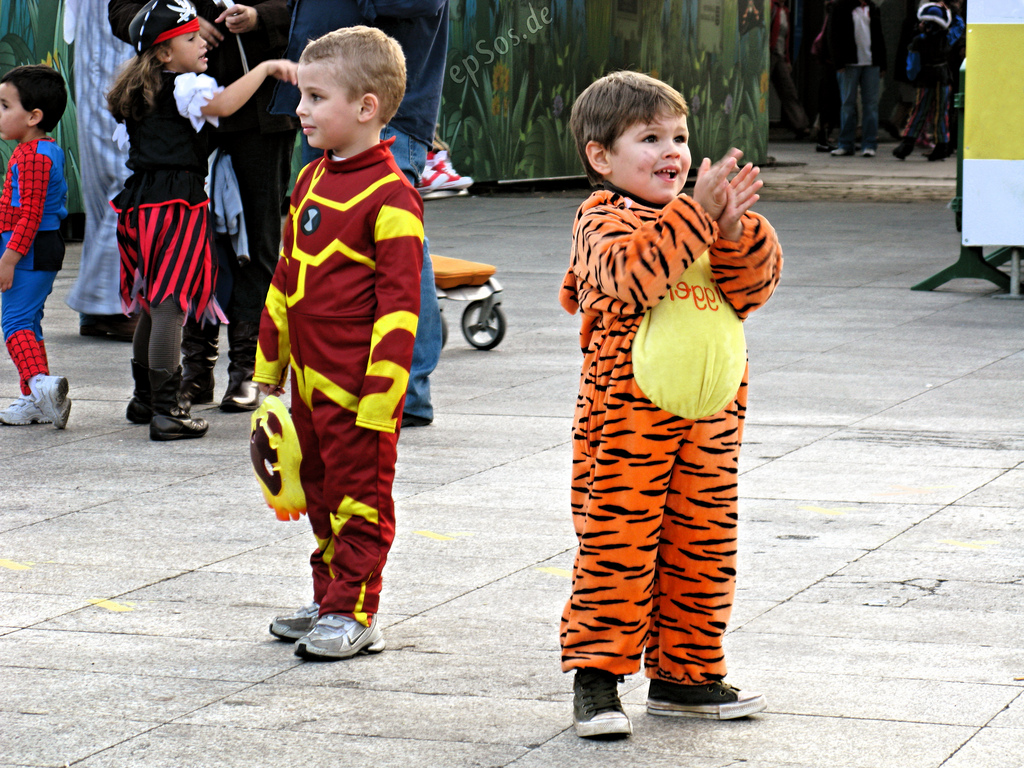 We were at the bridal shop, watching my sister-in-law-to-be try on dresses. Arianna and David were seated next to me, which is how I got to hear the whole conversation.

My sister was saying that she always wanted to have a vow renewal ceremony, get married again, and asked David (teasingly) if he’d like to be in that wedding. David said he wanted to be the flower girl.

Of course, my sister replied (aghast) that he couldn’t be the flower girl since he’s not a girl.Â David was not impressed by this argument and insisted that that’s what he wanted to be. (Very few arguments ever convince David that he’s wrong about something. He’s so completely his mother’s child that way.)

My sister tried to coax him in another role by asking if he wouldn’t rather be the ring bearer. And he responded with a “No way!” that was rather more forceful than the conversation deserved.

After some discussion about this, with a back and forth between the two of them, he says “I don’t want to have to dress up in a bear costume.” Ring bearer. And nothing we told him would convince him that he’d heard wrong.

I love that kid.