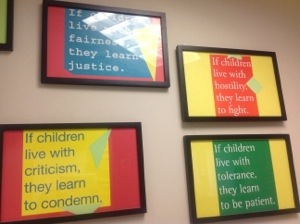 I’m writing this from the waiting room of the pediatrician’s office. The kiddo is sick. I got a call from my sister “hoping that you have a flexible day.” Her day, it appears, is not. The kiddo is sick and she has one of those days when she’s not allowed to be a mom. So I’ve called in to work and met her at the doctor’s, with the understanding that I get to be caregiver once we’re done here.

This is not the first time I’ve rearranged work for a nephew (or niece). It won’t be the last.

I expect to update this post throughout the day.

UPDATE, noon — So it turns out the kiddo has strep. We thought it was just the flu. So he’s highly contagious, on top of everything else. The big worry is getting his temperature down (it was 104 point something).

So I’m in charge of the kiddo for the next few hours. My sister had to try to make it to one of those meetings that are written in stone. I did have a flexible day, but I have an event I have to cover this evening. That means we have to switch out late afternoon. She says it’s doable, but we’ll see.

He’s in very good spirits, for a sick boy. We’ll see how it goes.

I, however, am frantic and worried. There were things I was supposed to do today, in anticipation for tomorrow and the holiday weekend, that aren’t getting done. I have had to rearrange my morning so I can make up some of the time I’m losing today.

But the kiddo is better, and that’s what counts.

UPDATE, 4 p.m. — I made it into the office. The kiddo is once again in his mother’s care. She says she’s staying with him tomorrow.

I hope he feels better soon.